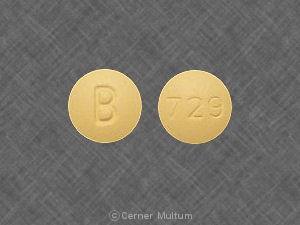 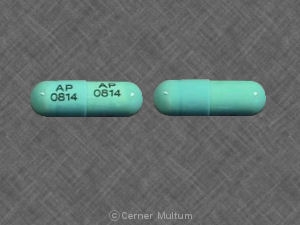 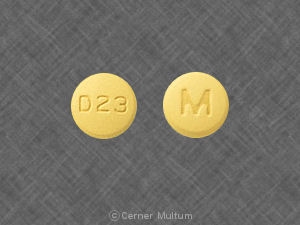 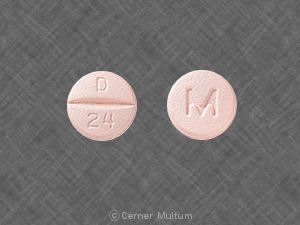 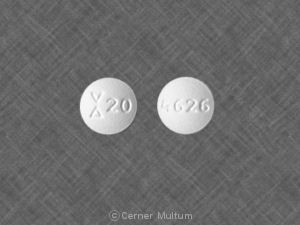 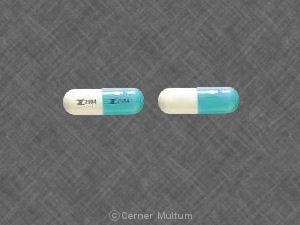 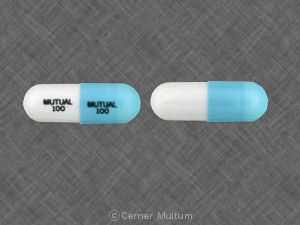 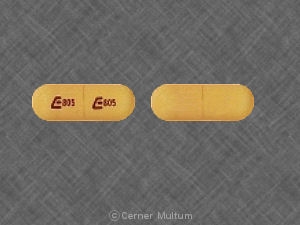 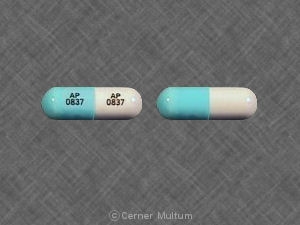 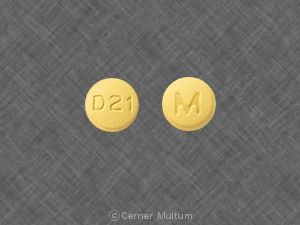 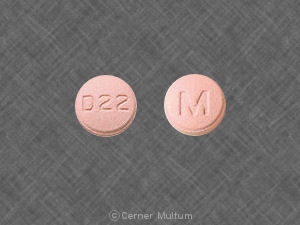 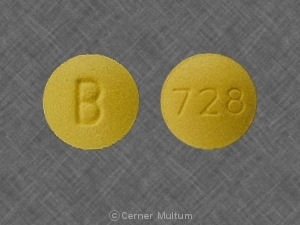 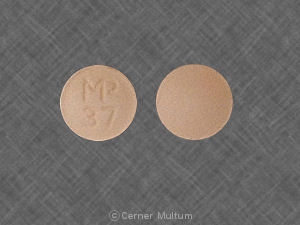 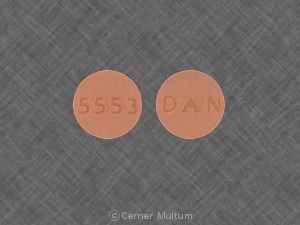 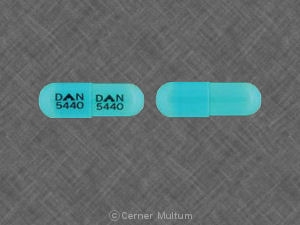 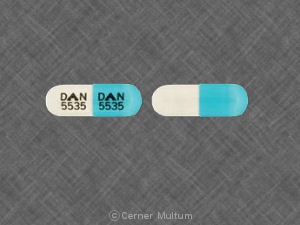 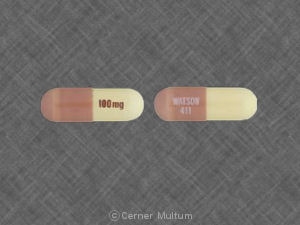 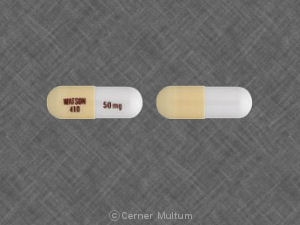 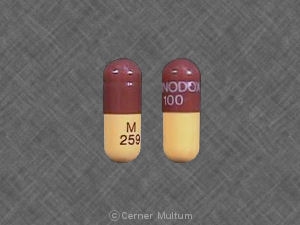 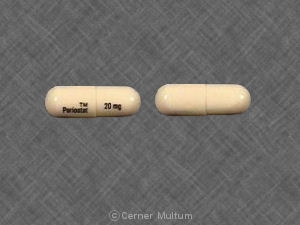 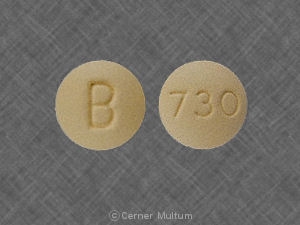 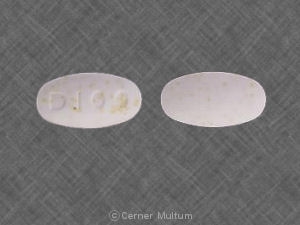 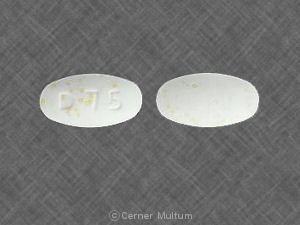 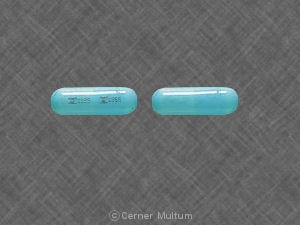 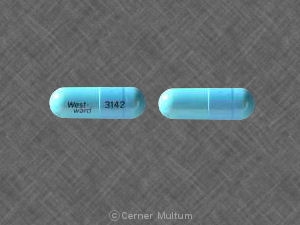 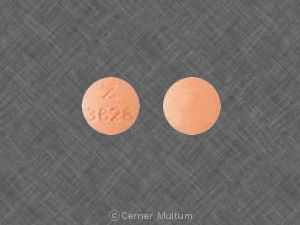 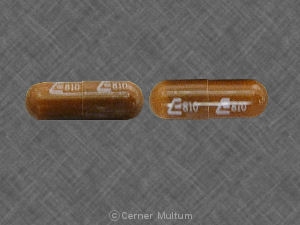 Vibramycin-D Dispersible Tablets are light yellow, round tablets scored on one face and coded 'VN' on the other.

Vibramycin has been found clinically effective in the treatment of a variety of infections caused by susceptible strains of Gram-positive and Gram-negative bacteria and certain other micro-organisms.

Sexually transmitted diseases Infections due to Chlamydia trachomatis including uncomplicated urethral, endocervical or rectal infections. Non-gonococcal urethritis caused by Ureaplasma urealyticum (T-mycoplasma). Vibramycin is also indicated in chancroid, granuloma inguinale and lymphogranuloma venereum. Vibramycin is an alternative drug in the treatment of gonorrhoea and syphilis.

Since Vibramycin is a member of the tetracycline series of antibiotics, it may be expected to be useful in the treatment of infections which respond to other tetracyclines, such as:

Ophthalmic infections Due to susceptible strains of gonococci, staphylococci and Haemophilus influenzae. Trachoma, although the infectious agent, as judged by immunofluorescence, is not always eliminated. Inclusion conjunctivitis may be treated with oral Vibramycin alone or in combination with topical agents.

Vibramycin is an alternative drug in the treatment of leptospirosis, gas gangrene and tetanus.

Vibramycin is indicated for prophylaxis in the following conditions: Scrub typhus, travellers' diarrhoea (enterotoxigenic Escherichia coli), leptospirosis and malaria. Prophylaxis of malaria should be used in accordance to current guidelines, as resistance is an ever changing problem.

The usual dosage of Vibramycin for the treatment of acute infections in adults is 200 mg on the first day (as a single dose or in divided doses) followed by a maintenance dose of 100 mg/day. In the management of more severe infections, 200 mg daily should be given throughout treatment.

Louse and tick-borne relapsing fevers A single dose of 100 or 200 mg according to severity.

Treatment of chloroquine-resistant falciparum malaria 200 mg daily for at least 7 days. Due to the potential severity of the infection, a rapid-acting schizonticide such as quinine should always be given in conjunction with Vibramycin; quinine dosage recommendations vary in different areas.

Prophylaxis of malaria 100 mg daily in adults and children over the age of 12 years. Prophylaxis can begin 1-2 days before travel to malarial areas. It should be continued daily during travel in the malarial areas and for 4 weeks after the traveller leaves the malarial area. For current advice on geographical resistance patterns and appropriate chemoprophylaxis, current guidelines or the Malaria Reference Laboratory should be consulted, details of which can be found in the British National Formulary (BNF).

For the prevention of scrub typhus 200 mg as a single dose.

For the prevention of travellers' diarrhoea in adults 200 mg on the first day of travel (administered as a single dose or as 100 mg every 12 hours) followed by 100 mg daily throughout the stay in the area. Data on the use of the drug prophylactically are not available beyond 21 days.

For the prevention of leptospirosis 200 mg once each week throughout the stay in the area and 200 mg at the completion of the trip. Data on the use of the drug prophylactically are not available beyond 21 days.

Paediatric population Vibramycin is contraindicated in children under the age of 12 years..

Use in the elderly Vibramycin may be prescribed in the elderly in the usual dosages with no special precautions. No dosage adjustment is necessary in the presence of renal impairment. The Vibramycin-D dispersible tablet may be preferred for the elderly since it is less likely to be associated with oesophageal irritation and ulceration.

Use in patients with impaired hepatic function

Use in patients with renal impairment

Dispersible Tablets are for oral administration only.

Vibramycin-D tablets are administered by drinking a suspension of the tablets in a small amount of water. This should be done in the sitting or standing position and well before retiring at night to reduce the risk of oesophageal irritation and ulceration. If gastric irritation occurs, it is recommended that Vibramycin be given with food or milk. Studies indicate that the absorption of Vibramycin is not notably influenced by simultaneous ingestion of food or milk.

Exceeding the recommended dosage may result in an increased incidence of side effects. Therapy should be continued for at least 24 to 48 hours after symptoms and fever have subsided.

When used in streptococcal infections, therapy should be continued for 10 days to prevent the development of rheumatic fever or glomerulonephritis.

Pregnancy Vibramycin is contraindicated in pregnancy. It appears that the risks associated with the use of tetracyclines during pregnancy are predominantly due to effects on teeth and skeletal development..

Paediatric population Vibramycin is contraindicated in children under the age of 12 years. As with other tetracyclines, Vibramycin forms a stable calcium complex in any bone-forming tissue. A decrease in the fibula growth rate has been observed in prematures given oral tetracyclines in doses of 25 mg/kg every 6 hours. This reaction was shown to be reversible when the drug was discontinued..

Use in children The use of drugs of the tetracycline class during tooth development (pregnancy, infancy and childhood to the age of 12 years) may cause permanent discolouration of the teeth (yellow-grey-brown). This adverse reaction is more common during long-term use of the drugs but has been observed following repeated short-term courses. Enamel hypoplasia has also been reported. Use of doxycycline is contraindicated in pediatric patients under the age of 12 years..

Use in patients with impaired hepatic function Vibramycin should be administered with caution to patients with hepatic impairment or those receiving potentially hepatotoxic drugs.

Abnormal hepatic function has been reported rarely and has been caused by both the oral and parenteral administration of tetracyclines, including doxycycline.

Use in patients with renal impairment Excretion of doxycycline by the kidney is about 40%/72 hours in individuals with normal renal function. This percentage excretion may fall to a range as low as 1-5%/72 hours in individuals with severe renal insufficiency (creatinine clearance below 10ml/min). Studies have shown no significant difference in the serum half-life of doxycycline in individuals with normal and severely impaired renal function. Haemodialysis does not alter the serum half-life of doxycycline. The anti-anabolic action of the tetracyclines may cause an increase in blood urea. Studies to date indicate that this anti-anabolic effect does not occur with the use of Vibramycin in patients with impaired renal function.

Photosensitivity Photosensitivity manifested by an exaggerated sunburn reaction has been observed in some individuals taking tetracyclines, including doxycycline. Patients likely to be exposed to direct sunlight or ultraviolet light should be advised that this reaction can occur with tetracycline drugs and treatment should be discontinued at the first evidence of skin erythema.

Photoonycholysis has also been reported in patients receiving doxycycline.

Microbiological overgrowth The use of antibiotics may occasionally result in the overgrowth of non-susceptible organisms including Candida. If a resistant organism appears, the antibiotic should be discontinued and appropriate therapy instituted.

Pseudomembranous colitis has been reported with nearly all antibacterial agents, including doxycycline, and has ranged in severity from mild to life-threatening. It is important to consider this diagnosis in patients who present with diarrhoea subsequent to the administration of antibacterial agents.

C. difficile produces toxins A and B which contribute to the development of CDAD.

Hypertoxin producing strains of C. difficile cause increased morbidity and mortality, as these infections can be refractory to antimicrobial therapy and may require colectomy. CDAD must be considered in all patients who present with diarrhoea following antibiotic use. Careful medical history is necessary since CDAD has been reported to occur over two months after the administration of antibacterial agents.

Oesophagitis Instances of oesophagitis and oesophageal ulcerations have been reported in patients receiving capsule and tablet forms of drugs in the tetracycline class, including doxycycline. Most of these patients took medications immediately before going to bed or with inadequate amounts of fluid.

Porphyria There have been rare reports of porphyria in patients receiving tetracyclines.

Venereal disease When treating venereal disease, where co-existent syphilis is suspected, proper diagnostic procedures including dark-field examinations should be utilised. In all such cases monthly serological tests should be made for at least four months.

Myasthenia gravis Due to a potential for weak neuromuscular blockade, care should be taken in administering tetracyclines to patients with myasthenia gravis.

Systemic lupus erythematosus Tetracyclines can cause exacerbation of SLE.

The absorption of doxycycline may be impaired by concurrently administered antacids containing aluminium, calcium, magnesium or other drugs containing these cations; oral zinc, iron salts or bismuth preparations. Dosages should be maximally separated.

Since bacteriostatic drugs may interfere with the bactericidal action of penicillin, it is advisable to avoid giving Vibramycin in conjunction with penicillin.

There have been reports of prolonged prothrombin time in patients taking warfarin and doxycycline. Tetracyclines depress plasma prothrombin activity and reduced doses of concomitant anticoagulants may be necessary.

The serum half-life of doxycycline may be shortened when patients are concurrently receiving barbiturates, carbamazepine or phenytoin. An increase in the daily dosage of Vibramycin should be considered.

Alcohol may decrease the half-life of doxycycline.

A few cases of pregnancy or breakthrough bleeding have been attributed to the concurrent use of tetracycline antibiotics with oral contraceptives.

Doxycycline may increase the plasma concentration of ciclosporin. Co-administration should only be undertaken with appropriate monitoring.

The concurrent use of tetracyclines and methoxyflurane has been reported to result in fatal renal toxicity.

Concomitant use of isotretinoin or other systemic retinoids and doxycycline should be avoided. Each of these agents used alone has been associated with benign intracranial hypertension (pseudotumor cerebri)..

False elevations of urinary catecholamine levels may occur due to interference with the fluorescence test.

The effect of doxycycline on the ability to drive or operate heavy machinery has not been studied. There is no evidence to suggest that doxycycline may affect these abilities.

The following adverse reactions have been observed in patients receiving tetracyclines, including doxycycline.

a Reversible and superficial discolouration of permanent teeth has been reported with the use of doxycycline.

Acute overdosage with antibiotics is rare. In the event of overdosage discontinue medication. Gastric lavage plus appropriate supportive treatment is indicated.

Dialysis does not alter serum half-life and thus would not be of benefit in treating cases of overdosage.

Vibramycin is primarily bacteriostatic and is believed to exert its antimicrobial effect by the inhibition of protein synthesis. Vibramycin is active against a wide range of Gram-positive and Gram-negative bacteria and certain other micro-organisms.

Tetracyclines are readily absorbed and are bound to plasma proteins in varying degrees. They are concentrated by the liver in the bile and excreted in the urine and faeces at high concentrations and in a biologically active form. Doxycycline is virtually completely absorbed after oral administration. Studies reported to date indicate that the absorption of doxycycline, unlike certain other tetracyclines, is not notably influenced by the ingestion of food or milk. Following a 200 mg dose, normal adult volunteers averaged peak serum levels of 2.6 micrograms/ml of doxycycline at 2 hours decreasing to 1.45 micrograms/ml at 24 hours. Doxycycline has a high degree of lipid solubility and a low affinity for calcium. It is highly stable in normal human serum. Doxycycline will not degrade into an epianhydro form.

Aluminium/PVC blister strips, a single strip of 8 tablets in a carton box.