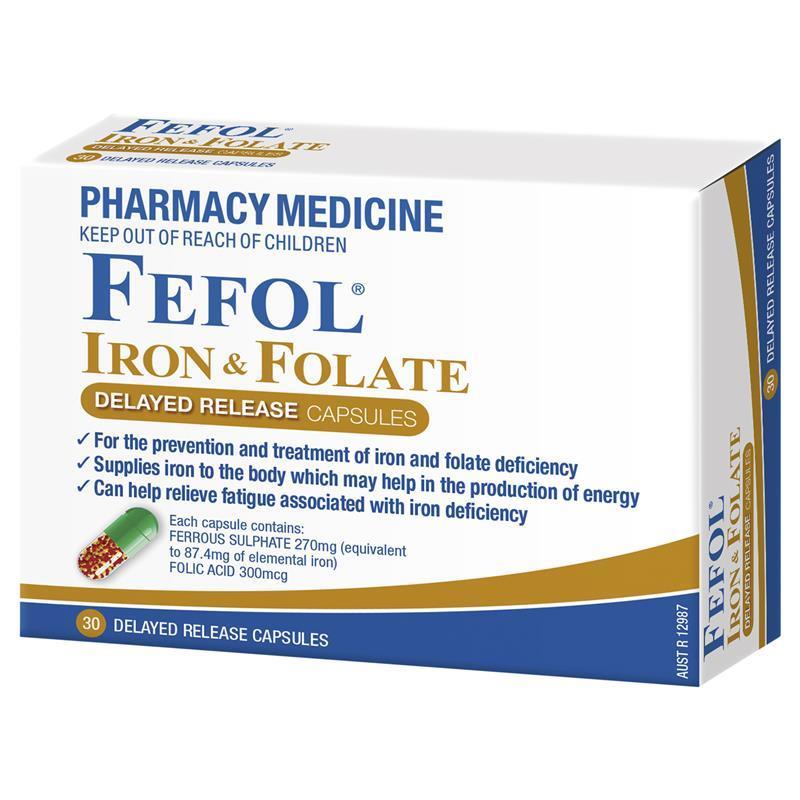 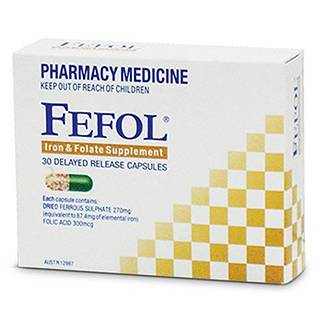 Adults only: one capsule a day during pregnancy. Some pregnant patients may need a higher dose of iron because of dietary or other factors.

Children and elderly: not recommended.

The capsules should not be sucked, chewed or kept in the mouth, but swallowed whole with water.

Capsules should be taken before meals or during meals, depending on gastrointestinal tolerance.

The label will state:

â€œImportant warning: Contains Iron. Keep out of reach and sight of children, as overdose may be fatal.â€

This will appear on the front of the pack within a rectangle in which there is no other information.

This product contains sucrose. Patients with rare hereditary problems of galactose intolerance or fructose intolerance, the Lapp lactase deficiency or glucose-galactose malabsorption or sucrase-isomaltase insufficiency should not take this medicinal product.

Due to the risk of mouth ulcerations and tooth discolouration, capsules should not be sucked, chewed or kept in the mouth, but swallowed whole with water.

Failure to respond to treatment may indicate other causes of anaemia and should be further investigated.

Constipation may be caused by continual administration, particularly in older patients, and may lead to faecal impaction.

Iron supplementation may cause the blackening of stool.

Fefol Spansule Capsules are designed to reduce the possibility of gastrointestinal irritation.

Hypersensitivity reactions have been reported. These range from rashes, sometimes severe, to anaphylaxis.

Post-marketing: The following ADRs have been reported during post-marketing surveillance. The frequency of these reactions is considered not known (cannot be estimated from the available data).

* in the context of incorrect administration, when the capsules are chewed, sucked or kept in mouth. Elderly patients and patients with deglutition disorders may also be at risk of oesophageal lesions or of bronchial necrosis, in case of false route.

Acute iron overdosage can be divided into four stages.

In the first phase, which occurs up to 6 hours after oral ingestion, gastrointestinal toxicity, notably vomiting and diarrhoea predominates. Other effects may include cardiovascular disorders such as hypotension and tachycardia, metabolic changes including acidosis and hyperglycaemia, and CNS depression ranging from lethargy to coma. Patients with only mild to moderate poisoning do not generally pass this first phase.

The second phase may occur at 6-24 hours after ingestion and is characterised by a temporary remission or clinical stabilisation.

The fourth phase, may occur several weeks after ingestion and is characterized by gastrointestinal obstruction and possibly late hepatic damage.

Overdosage of ferrous salts is particularly dangerous to young children. Treatment consists of gastric lavage followed by the introduction of 5g desferrioxamine into the stomach. Serum iron levels should be monitored and in severe cases iv desferrioxamine should be given together with supportive and symptomatic measures as required.

Gastric lavage with 5% sodium bicarbonate and saline cathartics (e.g. sodium sulfate 30g for adults); milk and eggs with 5g bismuth carbonate every hour as demulcents. Blood or plasma transfusion for shock, oxygen for respiratory embarrassment. Chelating agents (e.g. disodium calcium edetate) may be tried (500mg/500ml by continuous iv infusion). Dimercaprol should not be used since it forms a toxic complex with iron.

Desferrioxamine is a specific iron chelating agent and severe acute poisoning in infants should always be treated with desferrioxamine at a dose of 90mg/kg im followed by 15mg/kg per hour iv until the serum iron is within the plasma binding capacity.

Iron preparations have no intrinsic therapeutic activity except as a nutrient source: their use without evidence of iron deficiency, or reasonable expectation of its occurrence, is to be deprecated. Excessive iron is toxic and haemochromatosis can result from chronic injection of iron preparations used as tonics, especially in individuals with undiagnosed blood disorders. Patients with chronic anaemia are particularly at risk from iron storage disease. Recently a severe iron overload myopathy has been described in patients given prophylactic iron indiscriminately while receiving haemodialysis. Genetic factors probably contribute to the risk of an iron storage disease.

It should be clear that although iron deficiency is easily treated, its detection does not constitute a complete diagnosis. Every effort should be made to determine why the patient has a state of negative iron balance. Attention should be given to hidden sources of haemorrhage (which may indicate serious urinary or gastrointestinal conditions) and also the possibility of malabsorption of iron caused by latent disease of the small intestine.

The product is formulated to avoid iron release in the stomach where gastric irritation may be caused.

Iron is irregularly and incompletely absorbed from the gastrointestinal tract, the main sites of absorption being the duodenum and the jejunum. Absorption is aided by the acid secretion of the stomach or by dietary acids and is more readily affected when the iron is in the ferrous state or is part of the haem complex (haem-iron unit).

Absorption is also increased in conditions of iron deficiency or in the fasting state but decreased if the body stores are overloaded. Around 5-15% of the iron ingested in food is absorbed. Following absorption, the majority of iron is bound to transferrin and transported to the bone marrow where it is incorporated into haemoglobin. The remainder is stored within ferritin or haemosiderin or is incorporated into myoglobin with smaller amounts occurring in haem-containing enzymes or in plasma bound to transferrin. Only very small amounts are excreted as the body reabsorbs the iron after the haemoglobin has broken down.

The folic acid is available immediately.

Store in a dry place at a temperature not exceeding 25° C and protect from light.