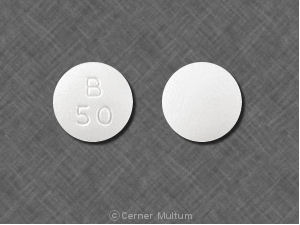 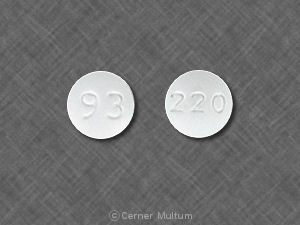 Casodex 150 mg is indicated either alone or as adjuvant to radical prostatectomy or radiotherapy in patients with locally advanced prostate cancer at high risk for disease progression.

Casodex 150 mg is also indicated for the management of patients with locally advanced, non-metastatic prostate cancer for whom surgical castration or other medical intervention is not considered appropriate or acceptable.

Adult males including the elderly: The dosage is one 150 mg tablet to be taken orally once a day.

Casodex 150 mg should be taken continuously for at least 2 years or until disease progression.

Casodex is contraindicated for use in children.

Casodex 150 mg is contraindicated in females and children.

Co-administration of terfenadine, astemizole or cisapride with Casodex is contraindicated.

Initiation of treatment should be under the direct supervision of a specialist.

Periodic liver function testing should be considered due to the possibility of hepatic changes. The majority of changes are expected to occur within the first 6 months of Casodex therapy.

Severe hepatic changes and hepatic failure have been observed rarely with Casodex 150 mg, and fatal outcomes have been reported. Casodex 150 mg therapy should be discontinued if changes are severe.

For patients who have an objective progression of disease together with elevated PSA, cessation of Casodex therapy should be considered.

Bicalutamide has been shown to inhibit cytochrome P450 (CYP3A4), as such, caution should be exercised when co-administered with drugs metabolised predominantly by CYP 3A4.

In rare cases, photosensitivity reactions have been reported for patients taking Casodex 150 mg. Patients should be advised to avoid direct exposure to excessive sunlight or UV-light while on Casodex 150 mg and the use of sunscreens may be considered. In cases where the photosensitivity reaction is more persistent and/or severe, an appropriate symptomatic treatment should be initiated.

In patients with a history of or risk factors for QT prolongation and in patients receiving concomitant medicinal products that might prolong the QT interval physicians should assess the benefit risk ratio including the potential for Torsade de pointes prior to initiating Casodex.

Antiandrogen therapy may cause morphological changes in spermatozoa. Although the effect of bicalutamide on sperm morphology has not been evaluated and no such changes have been reported for patients who received Casodex, patients and/or their partners should follow adequate contraception during and for 130 days after Casodex therapy.

Potentiation of coumarin anticoagulant effects have been reported in patients receiving concomitant Casodex therapy, which may result in increased Prothrombin Time (PT) and International Normalised Ratio (INR). Some cases have been associated with risk of bleeding. Close monitoring of PT/INR is advised and anticoagulant dose adjustment should be considered.

In vitro studies have shown that R-bicalutamide is an inhibitor of CYP 3A4, with lesser inhibitory effects on CYP 2C9, 2C19 and 2D6 activity. Although clinical studies using antipyrine as a marker of cytochrome P450 (CYP) activity showed no evidence of a drug interaction potential with Casodex, mean midazolam exposure (AUC) was increased by up to 80% after co-administration of Casodex for 28 days. For drugs with a narrow therapeutic index such an increase could be of relevance. As such, concomitant use of terfenadine, astemizole and cisapride is contraindicated and caution should be exercised with the co-administration of Casodex with compounds such as ciclosporin and calcium channel blockers. Dosage reduction may be required for these drugs particularly if there is evidence of enhanced or adverse drug effect. For ciclosporin, it is recommended that plasma concentrations and clinical condition are closely monitored following initiation or cessation of Casodex therapy.

Caution should be exercised when prescribing Casodex with other drugs which may inhibit drug oxidation e.g. cimetidine and ketoconazole. In theory, this could result in increased plasma concentrations of bicalutamide which theoretically could lead to an increase in side effects.

Interaction studies have only been performed in adults.

Bicalutamide is contraindicated in females and must not be given to pregnant women.

Bicalutamide is contraindicated during breast-feeding.

Reversible impairment of male fertility has been observed in animal studies. A period of subfertility or infertility should be assumed in man.

Casodex is unlikely to impair the ability of patients to drive or operate machinery. However, it should be noted that occasionally somnolence may occur. Any affected patients should exercise caution.

a. Hepatic changes are rarely severe and were frequently transient, resolving or improving with continued therapy or following cessation of therapy.

b. The majority of patients receiving Casodex 150 mg as monotherapy experience gynaecomastia and/or breast pain. In studies these symptoms were considered to be severe in up to 5% of the patients. Gynaecomastia may not resolve spontaneously following cessation of therapy, particularly after prolonged treatment.

c. Due to the coding conventions used in the EPC studies, adverse events of 'dry skin' were coded under the COSTART term of 'rash'. No separate frequency descriptor can therefore be determined for the 150 mg Casodex dose however the same frequency as the 50 mg dose is assumed.

d. Listed as an adverse drug reaction following review of post-marketed data. Frequency has been determined from the incidence of reported adverse events of hepatic failure in patients receiving treatment in the open-label Casodex arm of the 150 mg EPC studies.

e. Listed as an adverse drug reaction following review of post-marketed data. Frequency has been determined from the incidence of reported adverse events of interstitial pneumonia in the randomised treatment period of the 150 mg EPC studies.

Increased PT/INR: Accounts of coumarin anticoagulants interacting with Casodex have been reported in post-marketing surveillance.

There is no human experience of overdosage. There is no specific antidote; treatment should be symptomatic. Dialysis may not be helpful, since bicalutamide is highly protein bound and is not recovered unchanged in the urine. General supportive care, including frequent monitoring of vital signs, is indicated.

Bicalutamide is a non-steroidal antiandrogen, devoid of other endocrine activity. It binds to the wild type or normal androgen receptor without activating gene expression, and thus inhibits the androgen stimulus. Regression of prostatic tumours results from this inhibition. Clinically, discontinuation of Casodex can result in the 'antiandrogen withdrawal syndrome' in a subset of patients.

Casodex 150 mg was studied as a treatment for patients with localised (T1-T2, N0 or NX, M0) or locally advanced (T3-T4, any N, M0; T1-T2, N+, M0) non-metastatic prostate cancer in a combined analysis of three placebo controlled, double-blind studies in 8113 patients, where Casodex was given as immediate hormonal therapy or as adjuvant to radical prostatectomy or radiotherapy (primarily external beam radiation). At 9.7 years median follow up, 36.6% and 38.17% of all Casodex and placebo-treated patients, respectively, had experienced objective disease progression.

Data on progression-free survival and overall survival over time based on Kaplan-Meier estimates for patients with locally advanced disease are summarised in the following tables:

In a separate programme, the efficacy of Casodex 150 mg for the treatment of patients with locally advanced non-metastatic prostate cancer for whom immediate castration was indicated, was demonstrated in a combined analysis of 2 studies with 480 previously untreated patients with non-metastatic (M0) prostate cancer. At 56% mortality and a median follow-up of 6.3 years, there was no significant difference between Casodex and castration in survival (hazard ratio = 1.05 [CI 0.81 to 1.36]); however, equivalence of the two treatments could not be concluded statistically.

In a combined analysis of 2 studies with 805 previously untreated patients with metastatic (M1) disease at 43% mortality, Casodex 150 mg was demonstrated to be less effective than castration in survival time (hazard ratio = 1.30 [CI 1.04 to 1.65]), with a numerical difference in estimated time to death of 42 days (6 weeks) over a median survival time of 2 years.

Bicalutamide is a racemate with its antiandrogen activity being almost exclusively in the R-enantiomer.

No studies have been conducted in paediatric patients.

Bicalutamide is well absorbed following oral administration. There is no evidence of any clinically relevant effect of food on bioavailability.

Bicalutamide is highly protein bound (racemate 96%, (R)-enantiomer >99%) and extensively metabolised (oxidation and glucuronidation); its metabolites are eliminated via the kidneys and bile in approximately equal proportions.

The (S)-enantiomer is rapidly cleared relative to (R)-enantiomer, the latter having a plasma elimination half-life of about 1 week.

On daily administration of Casodex 150 mg, the (R)-enantiomer accumulates about 10-fold in plasma as a consequence of its long half-life.

Steady state plasma concentrations of the (R)-enantiomer, of approximately 22 microgram/ml are observed during daily administration of Casodex 150 mg. At steady state, the predominantly active (R)-enantiomer accounts for 99% of the total circulating enantiomers.

In a clinical study, the mean concentration of R-bicalutamide in semen of men receiving Casodex 150 mg was 4.9 microgram/ml. The amount of bicalutamide potentially delivered to a female partner during intercourse is low and equates to approximately 0.3 microgram/kg. This is below that required to induce changes in offspring of laboratory animals.