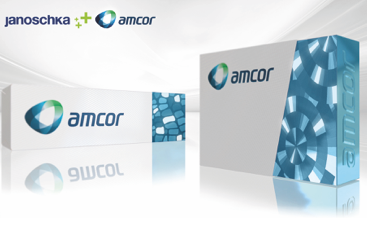 The information provided in Name of the medicinal product of Amcor is based on data of another medicine with exactly the same composition as the Amcor. . Be careful and be sure to specify the information on the section Name of the medicinal product in the instructions to the drug Amcor directly from the package or from the pharmacist at the pharmacy.
more...
Amcor
Qualitative and quantitative composition

The information provided in Dosage (Posology) and method of administration of Amcor is based on data of another medicine with exactly the same composition as the Amcor. . Be careful and be sure to specify the information on the section Dosage (Posology) and method of administration in the instructions to the drug Amcor directly from the package or from the pharmacist at the pharmacy.
more...

For both hypertension and angina the usual initial dose is 5 mg Amcor once daily which may be increased to a maximum dose of 10 mg depending on the individual patient's response.

No dose adjustment of Amcor is required upon concomitant administration of thiazide diuretics, beta blockers, and angiotensin-converting enzyme inhibitors.

Use in children and adolescents (less than 18 years of age)

Use in the elderly

Amcor, used at similar doses in elderly or younger patients, is equally well tolerated. Therefore normal dosage regimens are recommended in the elderly, but increase of the dosage should take palce with care.

Changes in Amcor plasma concentrations are not correlated with degree of renal impairment, therefore the normal dosage is recommended. Amcor is not dialysable.

Amcor is contraindicated in patients with:

The information provided in Special warnings and precautions for use of Amcor is based on data of another medicine with exactly the same composition as the Amcor. . Be careful and be sure to specify the information on the section Special warnings and precautions for use in the instructions to the drug Amcor directly from the package or from the pharmacist at the pharmacy.
more...

The safety and efficacy of Amcor in hypertensive crisis has not been established.

Use in patients with cardiac failure

Use in patients with hepatic impairment

As with all calcium antagonists, Amcor's half-life is prolonged and AUC values are higher in patients with impaired liver function; dosage recommendations have not been established. The drug should therefore be initiated at the lower end of the dosing range and caution should be used, both on initial treatment and when increasing the dose. Slow dose titration and careful monitoring may be required in patients with severe hepatic impairment.

In the elderly increase of the dosage should take place with care.

Amcor may be used in such patients at normal doses. Changes in Amcor plasma concentrations are not correlated with degree of renal impairment. Amcor is not dialysable.

Amcor can have minor or moderate influence on the ability to drive and use machines. In patients suffering from dizziness, headache, fatigue or nausea the ability to react may be impaired. Caution is recommended especially at the start of treatment.

a) Summary of the safety profile

Within each frequency grouping, adverse reactions are presented in order of decreasing seriousness.

Exceptional cases of extrapyramidal syndrome have been reported.

The information provided in Overdose of Amcor is based on data of another medicine with exactly the same composition as the Amcor. . Be careful and be sure to specify the information on the section Overdose in the instructions to the drug Amcor directly from the package or from the pharmacist at the pharmacy.
more...

In humans, experience with intentional overdose is limited.

Available data suggest that gross overdosage could result in excessive peripheral vasodilatation and possibly reflex tachycardia. Marked and probably prolonged systemic hypotension up to and including shock with fatal outcome have been reported.

Clinically significant hypotension due to Amcor overdosage calls for active cardiovascular support including frequent monitoring of cardiac and respiratory function, elevation of extremities, and attention to circulating fluid volume and urine output.

A vasoconstrictor may be helpful in restoring vascular tone and blood pressure, provided that there is no contraindication to its use. Intravenous calcium gluconate may be beneficial in reversing the effects of calcium channel blockade.

Gastric lavage may be worthwhile in some cases. In healthy volunteers, the use of charcoal up to 2h after administration of Amcor 10 mg has been shown to reduce the absorption rate of Amcor.

Since Amcor is highly protein-bound, dialysis is not likely to be of benefit.

The information provided in Pharmacodynamic properties of Amcor is based on data of another medicine with exactly the same composition as the Amcor. . Be careful and be sure to specify the information on the section Pharmacodynamic properties in the instructions to the drug Amcor directly from the package or from the pharmacist at the pharmacy.
more...

Amcor is a calcium ion influx inhibitor of the dihydropyridine group (slow channel blocker or calcium ion antagonist) and inhibits the transmembrane influx of calcium ions into cardiac and vascular smooth muscle.

The mechanism of the antihypertensive action of Amcor is due to a direct relaxant effect on vascular smooth muscle. The precise mechanism by which Amcor relieves angina has not been fully determined but Amcor reduces total ischaemic burden by the following two actions:

1) Amcor dilates peripheral arterioles and thus, reduces the total peripheral resistance (afterload) against which the heart works. Since the heart rate remains stable, this unloading of the heart reduces myocardial energy consumption and oxygen requirements.

In patients with hypertension, once daily dosing provides clinically significant reductions of blood pressure in both the supine and standing positions throughout the 24 hour interval. Due to the slow onset of action, acute hypotension is not a feature of Amcor administration.

Amcor has not been associated with any adverse metabolic effects or changes in plasma lipids and is suitable for use in patients with asthma, diabetes, and gout.

Use in patients with coronary artery disease (CAD)

The effectiveness of Amcor in preventing clinical events in patients with coronary artery disease (CAD) has been evaluated in an independent, multi-centre, randomized, double-blind, placebo-controlled study of 1997 patients; Comparison of Amcor vs. Enalapril to Limit Occurrences of Thrombosis (CAMELOT). Of these patients, 663 were treated with Amcor 5-10 mg, 673 patients were treated with enalapril 10-20 mg, and 655 patients were treated with placebo, in addition to standard care of statins, beta-blockers, diuretics and aspirin, for 2 years. The key efficacy results are presented in Table 1. The results indicate that Amcor treatment was associated with fewer hospitalizations for angina and revascularization procedures in patients with CAD.

Use in patients with heart failure

A placebo controlled study (PRAISE) designed to evaluate patients in NYHA Class III-IV heart failure receiving digoxin, diuretics and ACE inhibitors has shown that Amcor did not lead to an increase in risk of mortality or combined mortality and morbidity with heart failure.

In a follow-up, long term, placebo-controlled study (PRAISE-2) in patients with NYHA III and IV heart failure without clinical symptoms or objective findings suggestive of underlying ischaemic disease, on stable doses of ACE inhibitors, digitalis, and diuretics, Amcor had no effect on total cardiovascular mortality. In this same population Amcor was associated with increased reports of pulmonary oedema despite no significant difference in the incidence of worsening heart failure as compared to placebo.

A total of 33,357 hypertensive patients aged 55 or older were randomized and followed for a mean of 4.9 years. The patients had at least one additional CHD risk factor, including: previous myocardial infarction or stroke (> 6 months prior to enrollment) or documentation of other atherosclerotic CVD (overall 51.5%), type 2 diabetes (36.1%), HDL-C < 35 mg/dL (11.6%), left ventricular hypertrophy diagnosed by electrocardiogram or echocardiography (20.9%), current cigarette smoking (21.9%).

Use in children (aged 6 years and older)

In a study involving 268 children aged 6-17 years with predominantly secondary hypertension, comparison of a 2.5 mg dose, and 5.0 mg dose of Amcor with placebo, showed that both doses reduced systolic blood pressure significantly more than placebo. The difference between the two doses was not statistically significant.

The information provided in Pharmacokinetic properties of Amcor is based on data of another medicine with exactly the same composition as the Amcor. . Be careful and be sure to specify the information on the section Pharmacokinetic properties in the instructions to the drug Amcor directly from the package or from the pharmacist at the pharmacy.
more...

After oral administration of therapeutic doses, Amcor is well absorbed with peak blood levels between 6-12 hours post dose. Absolute bioavailability has been estimated to be between 64 and 80%. The volume of distribution is approximately 21 l/kg. In vitro studies have shown that approximately 97.5% of circulating Amcor is bound to plasma proteins.

The bioavailability of Amcor is not affected by food intake.

The terminal plasma elimination half life is about 35-50 hours and is consistent with once daily dosing. Amcor is extensively metabolised by the liver to inactive metabolites with 10% of the parent compound and 60% of metabolites excreted in the urine.

A population PK study has been conducted in 74 hypertensive children aged from 1 to 17 years (with 34 patients aged 6 to 12 years and 28 patients aged 13 to 17 years) receiving Amcor between 1.25 and 20 mg given either once or twice daily. In children 6 to 12 years and in adolescents 13-17 years of age the typical oral clearance (CL/F) was 22.5 and 27.4 L/hr respectively in males and 16.4 and 21.3 L/hr respectively in females. Large variability in exposure between individuals was observed. Data reported in children below 6 years is limited.

Use in the elderly

Reproductive studies in rats and mice have shown delayed date of delivery, prolonged duration of labour and decreased pup survival at dosages approximately 50 times greater than the maximum recommended dosage for humans based on mg/kg.

There was no effect on the fertility of rats treated with Amcor (males for 64 days and females 14 days prior to mating) at doses up to 10 mg/kg/day (8 times* the maximum recommended human dose of 10 mg on a mg/m2 basis). In another rat study in which male rats were treated with Amcor besilate for 30 days at a dose comparable with the human dose based on mg/kg, decreased plasma follicle-stimulating hormone and testosterone were found as well as decreases in sperm density and in the number of mature spermatids and Sertoli cells.

Rats and mice treated with Amcor in the diet for two years, at concentrations calculated to provide daily dosage levels of 0.5, 1.25, and 2.5 mg/kg/day showed no evidence of carcinogenicity. The highest dose (for mice, similar to, and for rats twice* the maximum recommended clinical dose of 10 mg on a mg/m2 basis) was close to the maximum tolerated dose for mice but not for rats.

Mutagenicity studies revealed no drug related effects at either the gene or chromosome levels.

*Based on patient weight of 50 kg

The information provided in Special precautions for disposal and other handling of Amcor is based on data of another medicine with exactly the same composition as the Amcor. . Be careful and be sure to specify the information on the section Special precautions for disposal and other handling in the instructions to the drug Amcor directly from the package or from the pharmacist at the pharmacy.
more...